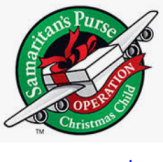 Sometimes, remarkable things happen in life where God speaks with such a quiet voice that we need to be alert or we will miss that it is He who has directed. Sometimes, these situations are more like guidance. Let me share an example that recently happened to me.

I had been involved in jail ministry for close to 4 years and was sensing my time there was coming to a close at least for a season. Abruptly, one Sunday, I knew I was done and felt the Lord had a new direction He was about to take me. Within a few weeks, a friend from Florida, Aly, who is president and CEO of Prayer Sisters International called me. She had recently returned from Africa where she had been asked to speak at a conference. “Betsy, I met some amazing women in Kenya who have been praying for someone to teach them the Bible. Would you be interested?” She went on, “While these women are leaders in their churches, they need someone to teach them.”

“I’ll pray about it,” I said. “That sounds right up my alley.” I love spiritual adventures and this definitely sounded intriguing. Two of the women, Josephine and Salome, are pastors along with their husbands, and the third lady, Grace, along with her husband, had started a Christian school with over 800 students. Two of the ladies are conference speakers with rigorous schedules. Wow! I felt humbled that God wanted to entrust such spiritual women to me for ministry in the Word. Of course, I said, “Yes.” So, each week I email them a lesson and then meet individually with them to study the book of Colossians. Our time together is sweet and God’s presence is evident.

But that’s not the end of the story. In conversation with Grace, she mentioned to me that her son lives in Atlanta, here in America. Until recently, he had been working with the Dream Center of Atlanta, a non-profit that reaches out to the homeless, addicts, at risk children, and trafficked women. “How, interesting,” I exclaimed. “It just ‘happens’ that I’ll be in Atlanta in early December. Our women’s ministry leader, Carolyn, is taking a team of us to work at Samaritan’s Purse processing center for the children’s Christmas shoebox ministry. I would love to meet your son.”

With that, Grace gave me her son’s contact information which I immediately followed up on. Carolyn and her team are always looking for new missions projects. Arrangements were made and we had an amazing time with the Dream Center staff. Carolyn felt it was an anointed time and her team, upon arriving home, immediately began forming a plan of how we can reach out in our community.

I tell of these events because this is how God often works. He is all about people and loves networking. God was at work when He spoke to me to teach the Kenyan women. It wasn’t a loud voice I heard. It was more of a knowing. Something in my heart felt a passion to do this. Nor was it a loud voice that said go work at Samaritan’s Purse in Atlanta for a week. It was an inner desire to help with that ministry. And it wasn’t a coincidence that a connection from Africa to Atlanta landed us at the Dream Center. God was moving all the pieces into place. Sometimes, His guidance doesn’t require a “voice” but rather a confidence of heart. Proverbs 16:9 “The mind of man plans his way, But the Lord directs his steps.”

Betsy Tacchella is the author of “Come Walk the Narrow Path with Me,” “Mother Has Alzheimer’s,” and “Speak to Me, Lord, I’m Listening.” She lives in Michigan with her husband of fifty years, has three children and nine grandchildren. Betsy has been teaching the Bible for over forty years and has a Master’s degree in Biblical Studies from Trinity Theological Seminary. She also mentors women and does public speaking.

Pondering through the brambles.

Quietly walking within natures limitations. Colourfully doodling in the margins. Discovering spaces to share the stories of Jesus.

The kingdom of God made simple.

Tracking events and trends in Israel, the U.S., Russia and throughout the Epicenter (the Middle East & North Africa)

A Fountain of Life

A Fountain of Life